No Active Widgets in Sidebar Alt

The original plan for Saint Arnold’s 21st birthday coincided with Houston’s Free Press Music Fest, so the brewery decided to change its original concept as to not compete with the festival, and essentially, themselves.

Here is an updated anniversary event list and the updated version of the 21st birthday celebration via Saint Arnold email newsletter: 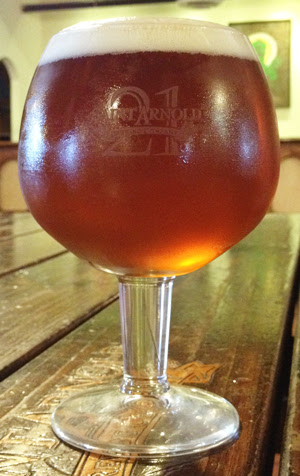 [On June 6th, 2015] we will host our regularly scheduled Saturday tours. After that, we will open our Tour Hall from 5:00 – 10:00 PM for a special Pub Night. On Pub Nights, there is no admission – you simply choose what you want to purchase. We’ll have food trucks on hand, and you’re welcome to bring in your own food.

Our Special Souvenir 21st Anniversary Glass will be available on Saturday for $10, which includes a token for a beer from our regular lineup.

Both sessions of Sunday’s Special Rare Cellar Tasting will continue as scheduled. See the full beer lineup for Sunday here.

I've lived in Texas all my life and can't express how much I love this state. I found that I was enjoying these amazing bbq spots and drinking fantastic Texas-made beer and wanted my buddies and I to be able to share them with our readers.